Now and then it very well may be expensive to have a rich neighbor. They can cause you hopelessness — and lock you out of your home — as well, as many imminent mortgage holders have found in Kiambu.

The financial backers are in trouble after the development of houses actually worth Sh3 billion on Kenyatta Road in Kiambu County slowed down in the midst of cases that a persuasive family with enormous parcels of land in the area is despondent the ventures are not luxurious enough.

All things considered, Wellstone, Banda, and Liason homes are building 881 units containing three-room homes and maisonettes going between Sh3.5 million and Sh6 million. A significant number of the financial backers have settled upon their units completely.

In any case, development has slowed down since August a year ago, when the region government forced new limitations, albeit the specialists had given all the fundamental endorsements, said the designers.

Also, they affirmed outer impact from an amazing family that possesses land nearby and which, they guarantee, has marked the advancements "ghettos" that will downgrade property around them. Kenyatta Road is a motorway in Gatundu South and goes through the genealogical home of the establishing President Mzee Jomo Kenyatta in Ichaweri.

Not exactly 10 years prior, the stretch from Kenyatta Road as you exit Thika Road to Rain Hotel was very little possessed, yet with the great street organization and vicinity to both Nairobi city and Thika town, engineers saw a chance to construct reasonable houses.

Be that as it may, a line is blending between the engineers and Governor James Nyoro's organization after the district government halted the business developments in August a year ago, despite the fact that it had given the designers building endorsements.

Mr. Samuel Kamau of Liason Homes says the new limitations have put engineers on a crash course with their customers, who were required to sink into their homes from before the end of last year.

Mr. Kamau says he is bogged down to give up 40 cottages at Riverside. "We are dealing with comparable issues as engineers along Kenyatta Road. We are delayed to surrender 40 units," said Mr. Kamau.

Constrained by its customers, Liason Homes has chosen to in any case keep building and every individual who enters the site should announce their advantage. At the point when the Nation visited one of its tasks, development was going on and a safety officer revealed to Nation it was to save money on lost time.

"The area government has made it hard for the engineers and now they have conceived approaches to beat the cutoff time as a result of the pressing factor from the customers. You can't get in to see the houses except if you demonstrate you have put resources into a home here on the grounds that we have been captured a few times by the investigation officials from the area government," said the safety officer.

Mr. Nyoro, while reacting to the issue as of late on a nearby TV slot, said the new limitations involve a strategy that halted all developments of land — and development that sits ashore — under 50 feet x 100 feet or on 40x80.

Mr. Ejidio Kinyanjui is the overseeing overseer of Wellstone Homes, building private homes on Kenyatta Road. The houses are independent maisonettes that are around 70% complete and ought to have been done by last December.

"Working with Kiambu County is a bad dream. The fact of the matter is the majority of the land we have fabricated business houses on is hereditary land and sits on multiple sections of land. How at that point would you be able to ban somebody from setting up houses by guaranteeing the land is underneath 50x100? The district government is taking cover behind consistency and the strategies have been changing starting with one obstacle then onto the next," bemoaned Mr. Kinyanjui. 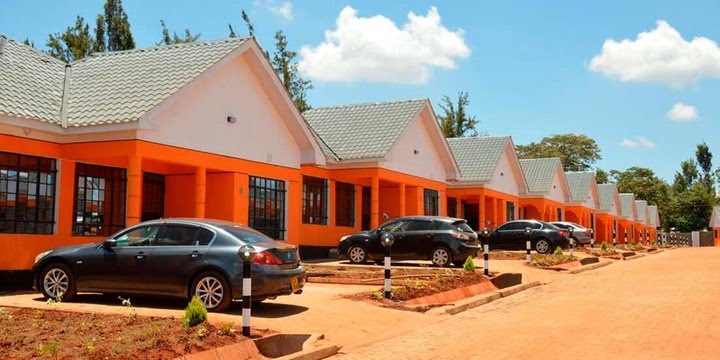 "Presently a few groups are in any event, building around evening time in light of the fact that the financial backers are getting anxious, having paid everything and the houses have not been given over to them," he added.

The deadlock has deferred the finish of 141 units that should have been given over to the proprietors by last December. A couple of meters from the Wellstone Homes improvement is another by Banda Homes.

Banda Homes was in the eye of the tempest a year ago, with its financial backers griping of deferred development and handover of the houses. The Nation discovered displeased financial backers checking the situation with their homes.

The three-room maisonettes in their hundreds stay immaculate. The financial backers are presently requesting of the public government and the district administration of Kiambu to examine the deferrals.

The financial backers guarantee that notwithstanding in excess of 750 property holders settling up to Sh6 million each for three-room maisonettes, the venture has slowed down.

Mr. Stephen Kori, a financial backer with Banda Homes, felt there is an advantage in establishing business improvements nearby and needs both the public and regional governments to intercede.

Mr. Clement Njau, another disappointed financial backer, guaranteed the advancement was halted on the grounds that a compelling engineer said the houses were "ghettos". 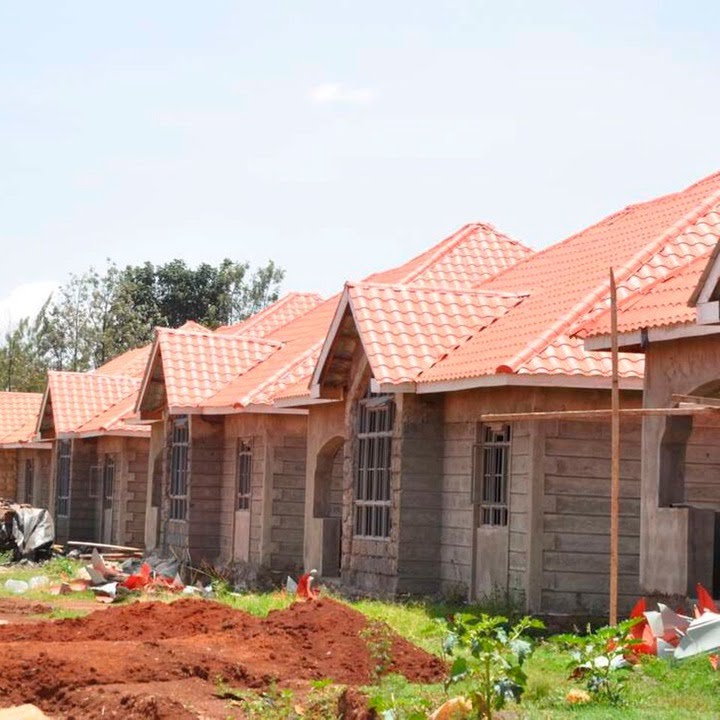 "Where in this nation have you seen a ghetto house costing Sh6 million? This is a controlled turn of events. Take a gander at these wonderful houses, on the off chance that they were finished, would you call this a ghetto?" he inquired
You must log in or register to reply here.
Share:
Facebook Twitter Reddit Pinterest Tumblr WhatsApp Email Link
Top